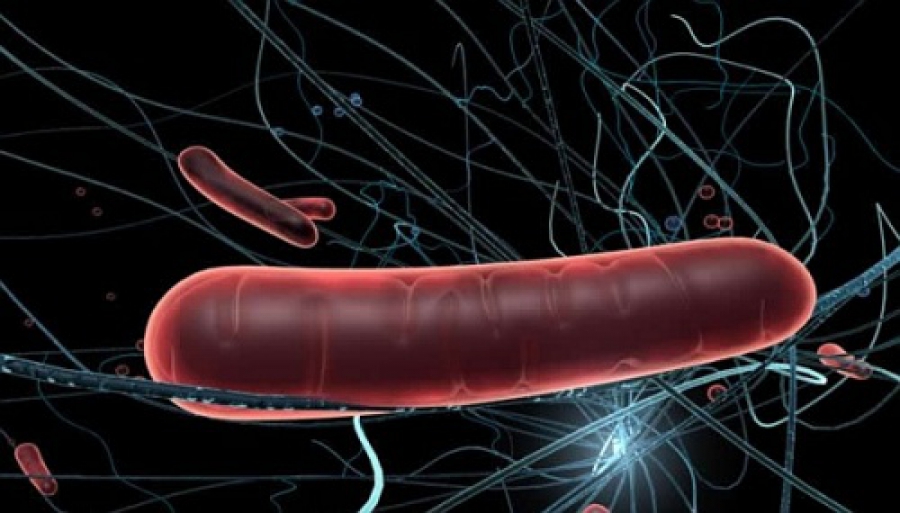 Mitochondrial mutations have been clearly associated with a wide range of degenerative conditions, including blindness caused by Leber's Hereditary Optic Neuropathy and various muscle and heart conditions in Maternally Inherited Myopathy and Cardiomyopathy. Recent data suggest an even broader array of maladies associated with mitochondrial mutations and poor aerobic performance, from Parkinson and Alzheimer diseases to reduced sperm motility and male infertility (reviewed in ref. 1). Mitochondria are transmitted matrilineally in most organisms. Matrilineal inheritance creates an important and previously unnoted male-female asymmetry in the expected severity of mitochondrial disease. Consider a germline mitochondrial mutation with severe effects on males but only mild effects on females. This mutation could increase to relatively high frequency because natural selection of mitochondria occurs only in females. Males do not transmit mitochondria, and therefore male-specific phenotypes have no fitness consequences for mitochondria. Simple models of population genetics describe the quantitative effects of this male-female asymmetry. The equilibrium frequency of germline mitochondrial mutations is approximately $q=\m/\sf$, where $\m$ is the mitochondrial mutation rate in the female germline, and $1-\sf$ is the fitness of a female with the mutation relative to a normal female with a fitness of one. A male carrying the mitochondrial mutation has a relative fitness of $1-\sm$ when compared with a normal male with a fitness of one. For example, if a mutation arose with frequency $\m=10^{-4}$, with severe effects on sperm motility and a reduction in male fertility by one-half $(\sm=0.5)$ but only mild effects on females $(\sf=0.01)$, then $q=\m/\sf=0.01$. This mutation, occurring at an equilibrium frequency of one percent of the population, would have strong fitness consequences for males but negligible effects on females. At least one maternally inherited mitochondrial disease affects males more severely than females. Approximately 85 percent of individuals affected by Leber's Hereditary Optic Neuropathy (LHON) are male [1]. Several distinct base-pair substitutions in germlinemtDNA have been directly associated with LHON. Linkage analysis suggested that a deleterious X-linked mutation in combination with defective mitochondria may be the cause of the sex bias [2]. However, several further studies failed to support a model of X-linkage (see, for example, ref. 3). An analysis of X-inactivation also argues against X-linkage as the cause of sex-bias [4]. Furthermore, LHON typically has an earlier age of onset in males than females. Present evidence therefore suggests that males are more susceptible to the mitochondrial defects. In another example, an inherited mitochondrial mutation was associated with early onset Pearson marrow-pancreas syndrome in a male (high $\sm$) but only late onset, progressive eye disease in the mother (low $\sf$) [5]. Finally, a mother and her two sons shared a tendency for spontaneous, somatic deletions in mtDNA [6]. The mother was asymptomatic but the two sons were severely affected by anemia and mitochondrial myopathy. This suggests that males may be more susceptible than females to certain mitochondrial defects. Male-female dimorphism of mitochondrial effects is possible in various organs, such as the heart. The difference between the sexes is likely to be small, but perhaps significant. Ascertainment will be difficult because there is undoubtedly a wide spectrum of mutations, many with highly correlated effects on the sexes (high correlation between $\sm$ and $\sf$). However, natural selection creates an asymmetric sieve, pushing down in frequency any mutations with high $\sf$ values but allowing through mutations with high $\sm$ but low $\sf$. This selective sieve may explain some aspects of male-female dimorphism in heart disease and other degenerative syndromes. Sperm vigour and male fertility are traits that deserve close study. Sperm obtain energy for motility from a densely packed group of mitochondria at the base of the flagellum [7]. Almost all energy produced by this pack of mitochondria is used to drive the flagellum and propel the sperm. Reduced power output translates directly into reduced motility and probably into reduced fertility. This tight coupling between capacity and performance differs from most tissues, which function reasonably well when mitochondrial capacity is reduced by as much as 80 or 90 percent. Disease is observed only when mitochondrial function drops below a threshold of 10 or 20 percent of full capacity [1]. Aberrations in sperm motility and male fertility are widely observed in humans and other species [8]. Such traits are puzzling given the powerful selection against alleles with deleterious effects on fertility. Sperm dysfunction may be explicable, however, if mitochondrial mutations arise that strongly affect sperm vigour but have only weak effects on female fitness. Both somatic mtDNA deletions [8,9] and inherited mitochondrial disease [10] have been associated with reduced sperm motility and poor fertility. Whether inherited mutations are sufficiently frequent to be an important cause of infertility will depend on the correlated fitness effect of these mutations when in females (the correlation between $\sf$ and $\sm$). The logic of the population genetics argument is indisputable. The important questions are how frequently mutations with $\sm>\sf$ arise, and to what extent male infertility or excess mortality can be explained by such mutations. Rapid progress on the mitochondrial genetics of humans and mammalian models will provide some clues in the near future. Experiments and screens of natural populations of {\it Drosophila} can supplement the mammalian data. Mutagenesis experiments could provide data on the correlation between $\sm$ and $\sf$ for new mutations, with particular attention to sperm dysfunction. Mutagenesis followed by laboratory cage experiments could be used to examine the idea of a selective sieve, comparing the distribution of $\sm$ and $\sf$ in new mutations relative to the distribution after selection. These model systems can also be used to study how frequently compensatory nuclear changes mask male-specific mitochondrial defects. Male-female dimorphism of mitochondrial disease is a subset of a larger problem. Many symbiotic microorganisms are transmitted matrilineally [11]. The function of these symbionts in males varies widely. The broad problem can be described as the competence of uniparentally inherited symbionts in the nontransmitting sex. Once viewed in this way, many interesting puzzles emerge.